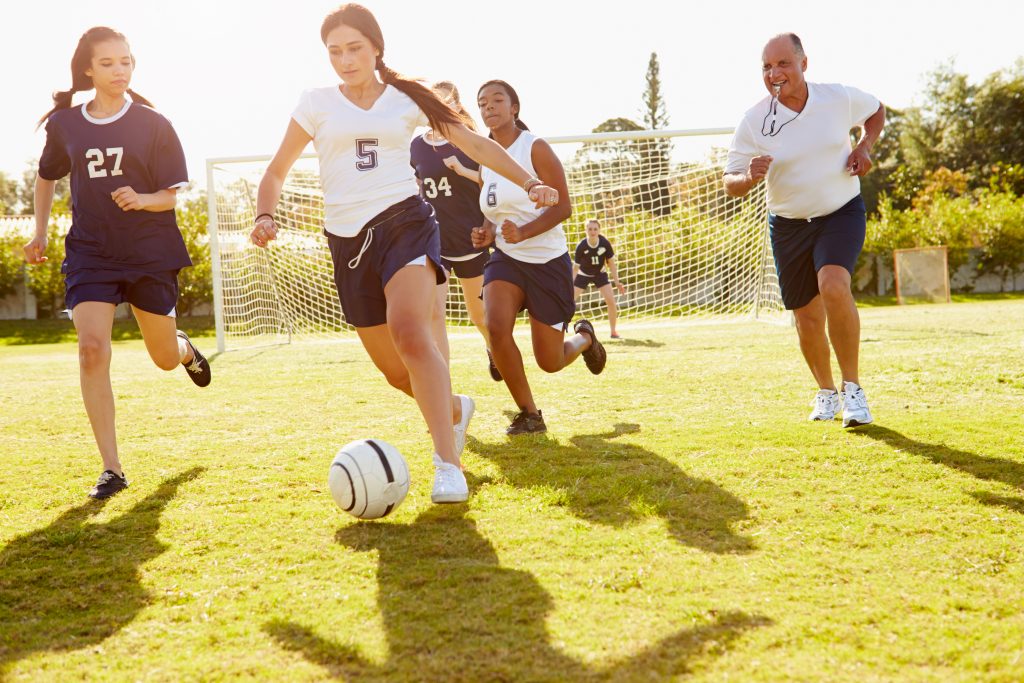 High school fall sports are in full swing, and winter sports are gearing up soon. Since the advent of Title IX in 1972, hundreds of thousands of female athletes take to the field, court, and track throughout the country. And that’s a good thing!

Individual and team sports provide tremendous benefits to all student-athletes. From strength and conditioning to community to skill-building, sports can do great things for your child.

But competitive high school sports also carry risks beyond the typical concerns about sprains, broken bones, or concussions. For female athletes, in particular, significant problems can arise in their physical well-being. Issues with calorie consumption, menstrual cycles, and bone health create what was previously known as the “female athlete triad” is now called relative energy deficiency in sports (RED-S) and encompesses a lot more.

Previously only a concern concern for young women who play competitive sports, Red-S also affects young men. Coaches, parents, and physicians are working to address the prevalence of this disorder. Are you worried that your daughter may be at risk? Reach out to the experts at NW Pediatric and Family Nutrition to set up a consultation.

What is Relative Energy Deficiency (RED-S)?

The disorder previously known as the Athlete Triad gained widespread recognition in 1997. Also simply called the triad, It refered to the three connected conditions that doctors and nutritionists see in female athletes:

The fundamental problem at the core of the triad was inadequate consumption of calories. When any athlete restricts their caloric intake too excessively to keep up with energy requirements, it created an unhealthy situation. RED–S is the broader, more comprehensive name. This syndrome in addition affects metabolic rate, immune system function, protein synthesis, cardiovascular health and psychological health. While more common in females, RED-S also affects young male athletes.

For female athletes, in particular, it can throw their entire hormonal system off balance and lead to dangerous health problems. Restricted caloric intake or excessive exercise start a snowball effect of health hazards which is why doctors link these three conditions into one disorder.

Although parents may be vigilant about signs of anorexia or bulimia, disordered eating can go beyond these two diagnoses. Yes, binge eating, self-induced purging, and extreme dieting all create dangerous situations for adolescents and adults. But there is much more to disordered eating as well.

Many female athletes fall prey to one of two unhealthy habits:

The demands of a competitive sport require a significant amount of calories to keep your student-athlete healthy. Unfortunately, many young women choose to cut their calories significantly in an attempt to keep their weight down. Some even do so at the suggestion of a coach.

Girls in judged sports such as gymnastics, dance, and figure skating are more prone to developing the female athlete triad. Runners also tend to struggle with this disorder more than athletes in other traditional sports such as basketball or softball.

Or they may feel stress, anxiety, and nervousness before practices or competition, making it difficult for them to eat appropriately. Although this is a common occurrence, the consistent calorie restriction can result in a dangerous situation for the athlete.

On the flip side, many female athletes consume a typical amount of calories but then use excessive amounts of exercise to try to burn off those calories. They may look at this habit as beneficial because “exercise is healthy.”

When an athlete consumes too few calories to fuel her body’s energy needs, she runs the risk of developing the other two problems in the triad.

Significant restriction in caloric intake can result in performance problems for any athlete. When female athletes function at a caloric deficit, their hormones take a significant hit as well.

Consuming too few calories disrupts the secretion of hormones in the hypothalamus and can cause women to stop ovulating. This situation, in turn, may lead women to skip periods or to have highly irregular cycles. And for young girls, caloric restriction can cause them to not even begin menstruating at all.

When this happens, girls and women may experience menopause-type symptoms such as:

Amenorrhea, or the absence of menstrual cycles, due to extreme dieting or excessive exercise, can have long-term effects on a woman’s fertility and reproductive health. Some women who recover from disordered eating and amenorrhea have difficulty conceiving and carrying a baby. The sooner you can address these concerns for your daughter, the better.

The third part of the female athlete triad, now known as RED-S involves her bones. The disruption in estrogen levels that comes with dysfunctional menstrual cycles impacts bone density. Girls and women who have amenorrhea are very likely to develop low bone density since the low estrogen levels lead to depleted calcium in the bones.

This depletion causes osteopenia, a thinning of the athlete’s bone mass. If left untreated, this condition can turn to osteoporosis, which is the loss of bone mass. Both of these situations leave the female athlete prone to fractures and breaks because the bones can no longer stand up to the wear and tear.

How Do I Know If My Daughter Has RED-S?

Because of its complicated and interconnected nature, RED-S does not have one straightforward test to use for diagnosis. Doctors look at the total health picture for an athlete in making a determination. With a health history, parent input, blood work, and bone scans, providers can get an accurate picture of a woman’s health.

If you feel concerned that your daughter may have some or all of the risk components, reach out to a professional right away. If you are unsure, watch for these common symptoms:

How Do I Get Help for My Daughter?

Although RED-S creates significant medical concerns for female athletes, there is much that professionals can do to help your daughter recover her health. The first layer that the doctor will want to address is the low energy availability due to insufficient caloric intake since it impacts the other two components.

At NW Pediatric and Family Nutrition, our expert team can help you navigate this journey. We will work with your daughter to help her learn which foods make excellent fuel for her as an athlete. We can also address disordered eating, anorexia, and bulimia as needed.

Our gentle approach and evidence-based work will guide your athlete and your family on the road to recovery and well-being. We help with assessment, eating plans, supplementation, and accountability to get your daughter back to her optimal health. 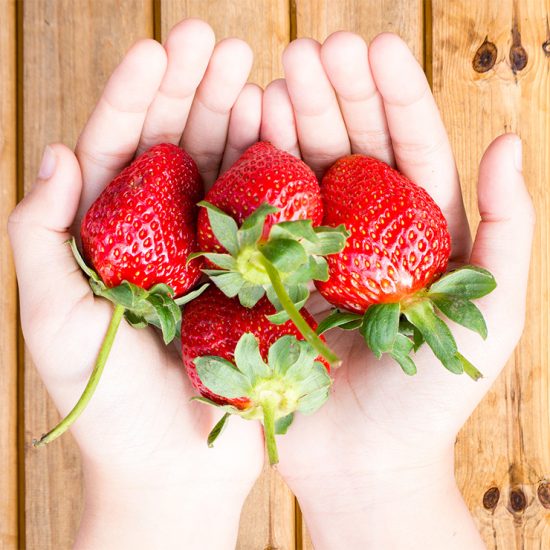 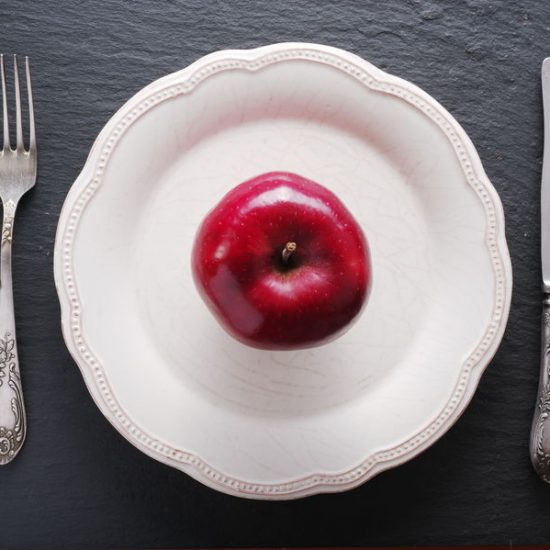 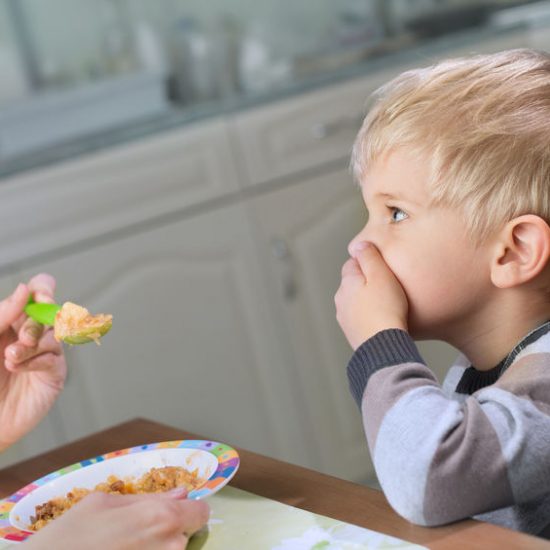